The Health Benefits of Sourdough Bread 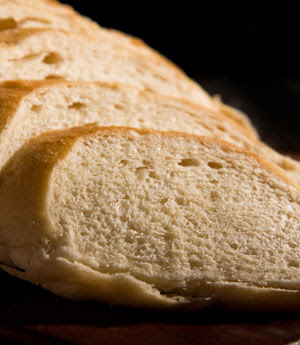 At both Harter House locations in Springfield we sell Breadsmith Brand Sourdough Bread.

But also, at Harter House, 1500 E. Republic Road, our fresh Bakery Department also makes Sourdough Bread. I heard a customer raving about our sourdough bread and realized I had not yet tried ours.

Then, my very good friend, Maureen Hayes, Owner of Head to Toe Wellness in Ozark, told me that if I am going to eat bread, sourdough is actually the healthiest choice. So I researched a little and found this information.

(Any excuse to put bread back in my diet.) 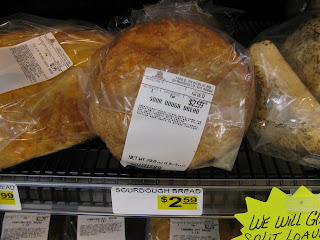 This sourdough loaf is not presliced. So be sure to ask our bakery to slice it for you.
(No charge) 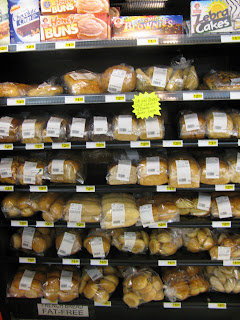 I found this info helpful to understand better about the health benefits of sourdough. There's a lot I still don't understand, but I thought I'd share:

The history of "sourdough" is as old as the history of leavened bread itself. Way back in ancient days (around 6,000 years ago, some say) humans first figured out how to promote the fermentation and leavening of grains to first be brewed into beverages and then, later, to be baked into bread. This probably happened by accident time after time, until someone smart figured it out.
Next our ancestors figured out how to save a portion of the fermented grains to use to "start" the fermentation of their next batch of bread. Since that time, humankind has been using and making "sourdough."

From a scientific perspective, a sourdough starter is a natural leaven - a mixture of grains and liquid (usually flour and water) inhabited by so-called "wild" yeasts and bacteria which leaven and flavor bread dough. These yeasts are the yeasts that thrive naturally on the surface of grains, fruits and vegetables, in the air and in the soil. The bacteria are certain strains of the so-called benign or "friendly" bacteria Lactobacillus, rod-shaped bacteria that can convert simple sugars into lactic and other acids.

To understand more of what a sourdough is, we need to understand what yeast is.
In simplest terms it is a plant. More specifically a fungus, a one-celled life form which digests sugars (such as those contained within the starch in flour) and produces a bit of ethanol (alcohol) and some carbon dioxide (which is what causes the bread to rise). The natural yeasts in a sourdough starter are strains of a yeast family whose scientific name is Sacchraromyces exiges. They are of the same family of yeast as commercial bakers' yeast, whose scientific name is Saccharomyces cerrivasae. The two have what might be called a distant family relationship but differ in one important way. Commercial bakers yeast cannot survive in a very acidic environment whereas natural yeast is very happy to live in such an environment. This is important because the lactobacilli in a sourdough culture produce a lot of lactic and acetic acids (which are what gives sourdough bread its flavor). The acids create an environment too acidic for commercial bakers' yeast, so only natural yeast can live with them.

In a healthy sourdough starter, yeast and lactobacilli thrive in a harmonious symbiotic relationship. This means that they do not compete for the same food and the yeast may actually help feed the lactobacilli. In turn, lactobacilli produce an acidic environment that the yeast like but which is inhospitable to other organisms. Thus the acids in the culture act as a sort of "antibiotic" so that lactobacilli contribute by providing a protective environment for the yeast.

Lactobacilli help bread rise, too. Just like yeast, they digest simple sugars found in flour and produce ethanol and carbon dioxide. In addition, the lactic and acetic acids that they produce flavor the bread with a rich complexity of flavors, sometimes giving it a sour tang.

Our Sourdough Bread made fresh at our Harter House Bakery has that wonderful "sour" taste. I think it is amazing!
I topped my sourdough bread with Plugra European Butter found at Harter House World Flavors.
Posted by Shelly Kauffman at 7:00 PM No comments: